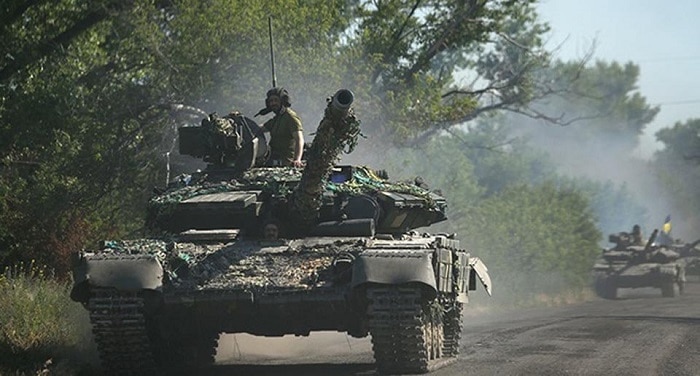 Moscow on Tuesday warned Lithuania of “serious” consequences over its restriction of rail traffic to Russia’s Kaliningrad exclave, as Kremlin forces made gains in Ukraine’s strategic Donbas region.

The row over Lithuania, the arrival of sophisticated German weaponry in Ukraine’s arsenal and an imminent decision on Kyiv’s candidacy to join the European Union threaten to further ratchet up tensions between the West and Moscow.

Kremlin troops were meanwhile gaining ground in the Donbas, causing “catastrophic destruction” in Lysychansk, an industrial city at the forefront of recent clashes, the region’s governor said. Ukraine confirmed Russia had taken the frontline village of Toshkivka.

Governor Sergiy Gaiday said “every town and village” in Ukrainian hands in the Lugansk region was “under almost non-stop fire”.

Since being repelled from Kyiv and other parts of Ukraine following its invasion in February, Moscow has been focusing its offensive on the Donbas region.

In the eastern city of Sloviansk, which could become a flashpoint as Russian troops advance from the north, local people were preparing to withstand attacks and the authorities said the community would defend itself.

Adaptation needs to be achieved for facing climate change: Razzak

Countrymen have no alternative to boat: PM