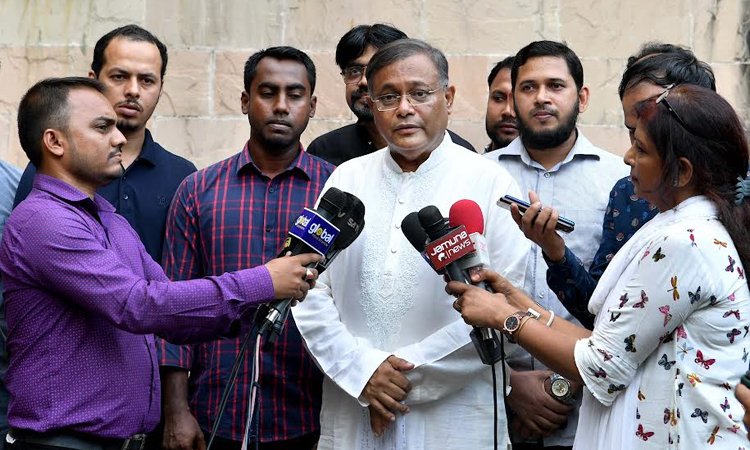 Information and Broadcasting Minister Dr. Hasan Mahmud said the people are now terrified whether petrol-bomb would be found from hurricane lamp procession called by BNP as protesters were shot dead for demanding electricity during BNP regime.

He said this while talking to journalists on political issues before joining a recitation ceremony arranged by cultural organization ‘Swanan’ at Bangla Academy yesterday afternoon.

Due to fuel crisis, people have been sent SMS calling upon them to save electricity in the USA, he said, adding that same call has been made to citizens in Japan and France in fear of power crisis.

Hasan said power supply has never been stopped in Germany after World War II. But this time people in Germany have also been asked to save electricity and power supply for heating water has been turned off in many cities there, he added.

New South Wales and Sydney in Australia are facing two-hour load shedding while India is witnessing the most severe power crisis now within the last six years, he said.

The minister said the government gave Taka 53,000 crore or US$6million in power and energy sector in the last fiscal year (FY).

Electricity supply was never stopped for a second only in many developed countries but now measures for power savings and rationing have been taken there too, he said.

Complete history of the Liberation War should be presented correctly

Human rights extremely violated even in US: Hasan