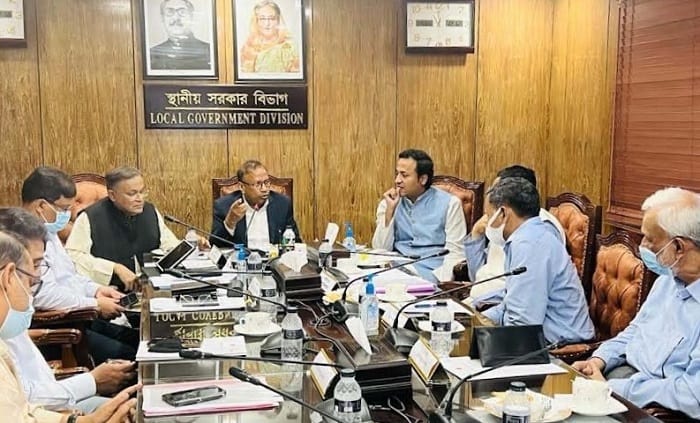 Minister of Local Government, Rural Development and Cooperatives Tajul Islam said that government money cannot be wasted in the name of project implementation. Projects should be accepted by analyzing impact and output and unnecessary projects should be avoided.

He said this at the progress review meeting of the measures taken to resolve the waterlogging of Chittagong metropolis organized in the conference room of the local government department in the ministry yesterday.

He said, there is a need to see how effective all the projects that have been taken to alleviate Chittagong’s waterlogging have been. It is very unfortunate if it is not effective or is accepted without scrutiny.

Directing to keep the canals and drains clean, the local government minister said that the water flow has been stopped by occupying the canal and constructing buildings illegally. Shops have been built on the canal. Due to these, waterlogging occurs in the city. The lives of billions of people cannot be boring for a few people. Therefore, all the canals of the port city must be freed from occupation.

He said that so far, he has held many meetings with all parties at Chittagong Circuit House to solve the problem. Instructions have been given to all related organizations and departments including public and private institutions. It cannot be claimed that the problem is solved at once. But there is no denying that progress has not been made.

The minister said, if we properly fulfill the responsibility assigned to us, there will be change in the country. Our future generation will have a prosperous and beautiful country.

BNP has fallen down while pushing the government: Hasan

Dhaka medical college hospital to be made world standard one: Maleque