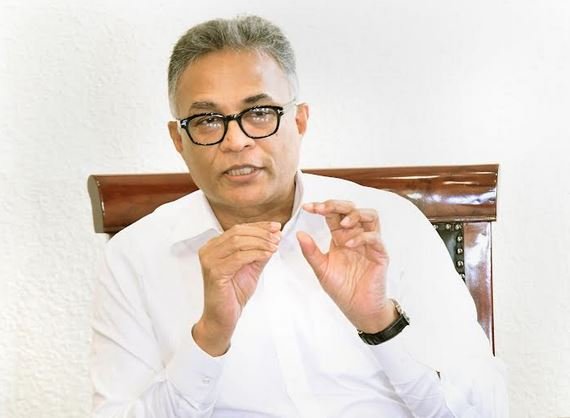 Principal Secretary to the Prime Minister Dr. Ahmad Kaikaus said that the government did not approach the International Monetary Fund (IMF) for bailout of the economy.

“No such situation has been created in Bangladesh for seeking bailout.

The Principal Secretary was briefing reporters at the Prime Minister’s Office (PMO) yesterday.

We’ve enough foreign currency reserves for meeting the import bills of more than five months. But, soft-term loan has been sought from them for balance of payment and budget support,” he said.

Kaikaus said, “I’ve strong reservation over the word bailout. Some media outlets have published reports that the government has sought bailout. The matter is very unwanted and hurts our self-esteem,” he said.

He informed that the Ministry of Finance has sought soft-term loan for bridging the gap in balance of payment considering the global volatile situation and it is also a soft-term loan.

Such kind of loan has been taken by Bangladesh from IMF on a couple of occasions.

The Principal Secretary said that the government took budget support from the World Bank, ADB, JICA and IMF during the COVID-19 pandemic and none raised a question during that time.

He said that the government received US $732 million as support for balance of payment from the IMF during the pandemic while its repayment has also started.

“So, it won’t be bad if we take such kind of loan support from the IMF under the present global condition. It won’t be an offense and we can seek such support keeping our head high.”

Kaikaus said the government usually gets four types of support from the IMF while discussion in this regard is held every year.

“This time proposal has been sent to them for balance of payment and budget support side by side the proposed support can be used in mitigating climate change impacts. Since our loan repayment capacity has increased, we’re now getting budget support instead of only project-based loans. This means that we can utilize this as per our choices. This will be good for us.”

Trashing media reports that the government would have to provide charge before going to production by the power plant of Adani Group of India, Kaikaus said no rent and tariff would be given before power production.

About the capacity charge in the power plants, he said this system not only exists in Bangladesh but also across the globe. He also opined for keeping capacity charge for wooing local and foreign investment.

Replying to a question, he said that Bangladesh would try to avail the opportunity if there is any scope for buying fuel oil at less price from any country.

He, however, informed that capacity charge is not provided to those power plants which are fuel-oil based.

PM calls on President at Bangabhaban