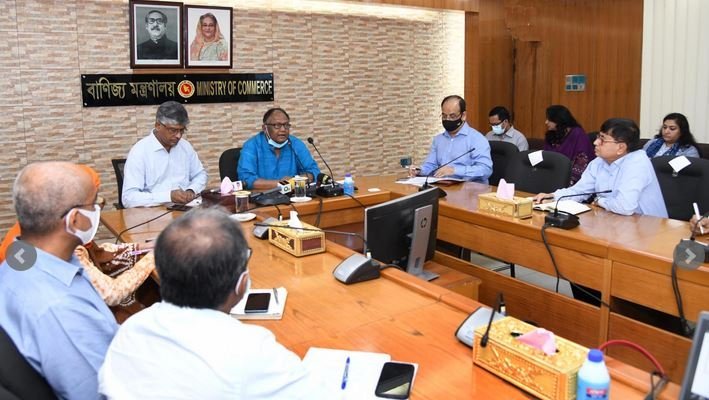 The government yesterday fixed the merchandise export target for the current fiscal year (2022-23) at $58.0 billion which is 11.36 percent higher than the real export earnings of the last fiscal year (2021-22).

Commerce Minister Tipu Munshi unveiled the export target both for merchandise and services sectors at a press conference at his secretariat office in the capital.

The minister is hopeful that the target would be achieved as the international buyers are placing work orders in Bangladesh even at the time of volatile global situation.

Tipu said the Russia-Ukraine war impacts have also been considered in fixing the export target for the current fiscal year.

In the last fiscal year, Bangladesh earned $52.08 billion from merchandise shipment which is 19.73 percent higher than the target of $43.5 billion, according to data of the Export Promotion Bureau (EPB).

Similarly, some $8.0 billion was earned from the services sectors against the target of $7.5 billion which is 6.67 percent higher than the target.

Overall, both from merchandise and services sectors, some $60.08 billion was earned in the last fiscal year (FY22) registering 17.80 percent higher growth than the target of $51.0 billion, the EPB data said.

Out of the overall export target of $67 billion set for the current fiscal year (FY23), the target for merchandise export has been set at $58 billion while that from the services sector at $9 billion.

The commerce minister expressed his firm hope that this new export target would be achieved since there has been an improvement in the COVID-19 situation.

He said this new target has been set considering the continued growth in the export earning sector in recent times, impacts of the COVID-19 pandemic, the Russia-Ukraine war and the bilateral trade relations of Bangladesh with different countries.

He said that due to the pandemic, there has been economic contraction across the globe over the last two years. But the developed world is gradually recovering from the situation while the buyer countries have witnessed marked improvement in their purchasing power. “As a result, there has been tremendous growth in our export earnings,” Tipu added.

In the new export target, the commerce minister informed that around $46 billion is expected to come from the RMG sector while the rest of $12 billion from the non-RMG sector.

Sabotage may have link with fire incidents: Hasan