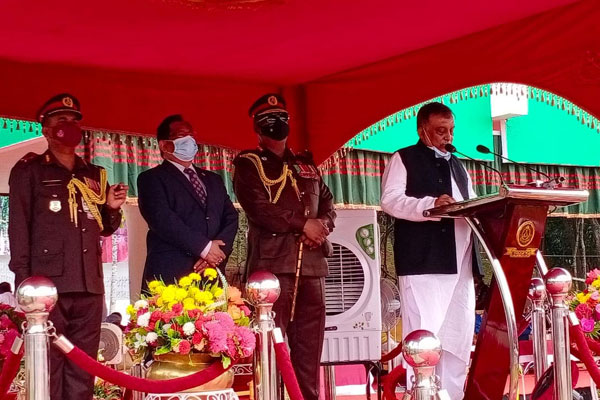 He was speaking as the chief guest after inspecting and greeting the concluding training parade of the 97th recruit batch at Satkania in Chittagong at 10 am on Saturday.

The minister said, the BGB has been upgraded to a three-dimensional force by making major changes in the organizational structure of the BGB. As part of Smart Border Management, new BOPs, BSPs, latest surveillance equipment, ATVs and latest APCs, riot control vehicles, vehicle scanners and speedboats have been added to the border.

Giving various advices and directions to the young soldiers, Asaduzzaman Khan said, “This force formed by the father of the nation has today become a well-organized, vigilant, orderly and professional patriotic force.”

He further said that BGB as ‘Vigilant Border Guard’ has a great responsibility to protect the country’s 4,427 km long border, border land and property security, border smuggling, prevention of any kind of border crime including trafficking of women and children. He has been observing it successfully. Border Guard Bangladesh is also performing its duty with integrity and reputation in assisting the civilian administration in maintaining the internal security of the country and in dealing with any disaster.

No plans to send troops to Haiti: Biden