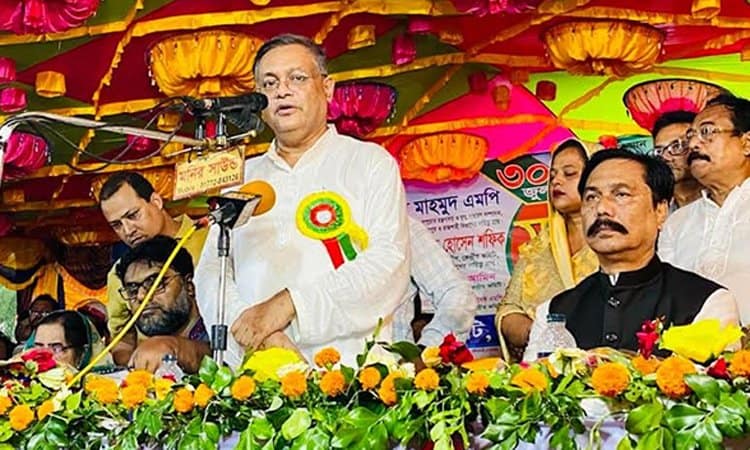 Minister of Information and Broadcasting and Joint General Secretary of Awami League Dr. Hasan Mahmud said, “Elections will be held on time in the country. We want elections to be held in a festive atmosphere with participation of all parties.

He said this in his speech as the chief guest at the tri-annual conference of Jaldhaka Upazila Awami League of Nilphamari district yesterday afternoon.

Addressing BNP, the minister said, ‘BNP’s march with hurricane seems to have changed BNP’s election symbol to hurricane or not. And the people are in fear, when the hurricane becomes a gasoline bomb again. Because they threw petrol bombs on people.’

Stating that Awami League’s victory is certain in the next election, Awami League’s joint general secretary Hashan Mahmud said, “Bangladesh Awami League is well organized in the whole country under the leadership of the leader of the Awami League, Sheikh Hasina. In our party, grass root level leadership is evaluated and they are placed in leadership seats at various levels. Action is being taken against anyone who creates chaos in the party. I have traveled all over the country, the way the party is well organized all over the country, inshallah we will win the next election also under the leadership of public leader Sheikh Hasina. That is why BNP is worried.

Students will get new books at year’s beginning: Dipu Moni

Foreigners want to take advantage by talking about disappearances and murders: Momen