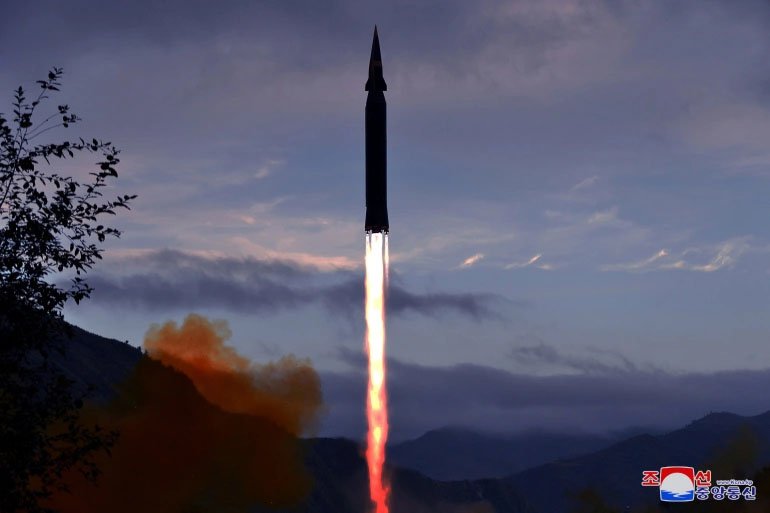 North Korea claims to have successfully tested a hypersonic missile. The country’s state-run media reported this on Wednesday.

This missile is the latest advance in nuclear-armed North Korea’s weapons technology, which seeks to increase its defense capabilities a thousand fold.

ON WEDNESDAY, the KCNA said that the Hasang-6 was one of the “five most important” new weapons systems in its five-year military development plan.

KCNA further said that the development of this weapon system had enhanced the nation’s self-defense capability in all respects.

Tuesday’s launch is another indication that North Korea’s weapons technology is on the rise, despite tougher sanctions.

Hypersonic missiles are much faster and faster than ordinary missiles. As a result, intercepting these missiles becomes much more difficult for any missile defense system.

After a meeting in January, North Korean leader Kim Jong Un announced that scientists were “finishing research” on the development of hypersonic gliding warheads. Tuesday is the first test of this new method.

Meanwhile, the United States has repeatedly called on North Korea to give up its nuclear weapons. At the same time, he called on Pyongyang to return the country to the negotiating table.

The administration of US President Joe Biden has condemned Tuesday’s launch as a violation of sanctions and said the test was a threat to the international community.

Nevertheless, North Korea has shown no interest in abandoning the development test of the new weapons system. The reason, the country says, is that they need to defend themselves against US aggression.

Expatriate Welfare Minister calls on expatriates to invest in the country

Govt. will do everything possible to ensure an atmosphere of harmony: Faridul