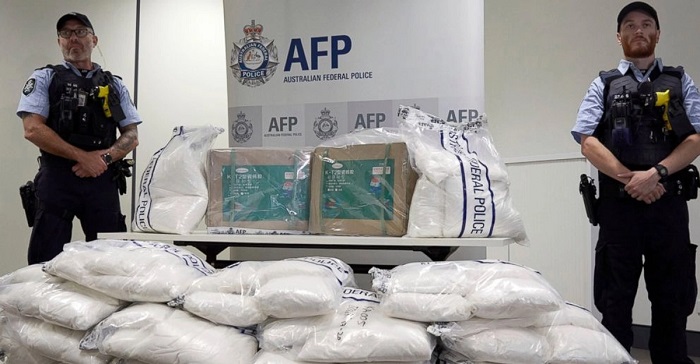 Police in Australia’s southeastern state of Victoria have seized 400 kilograms of heroin from Melbourne, the country’s main seaport, with a market value of 104 million; In other words, 886 crore 60 lakh TK in Bangladeshi currency.

The Melbourne branch of the Australian Police said in a statement that a large quantity of heroin had been seized from a container ship carrying a consignment of ceramic tiles from Malaysia to Melbourne. Police have arrested a Malaysian resident of Australia on charges of involvement in the incident.

The country’s police have not released the name of the arrested person. However, a case of drug smuggling has already been filed against him. If convicted under Australian law, the maximum sentence is life imprisonment.

Chrissy Barrett, commissioner of the southern branch of the Australian Federal Police, told Reuters that Malaysian law enforcement had decided to work closely with the Royal Malaysian Police to curb smuggling.

“According to the information we have, there are some organized criminal gangs based on drug and arms smuggling between the two countries,” he said. The Australian Federal Police and the Royal Malaysian Police have decided to work together to break these cycles and stop smuggling.