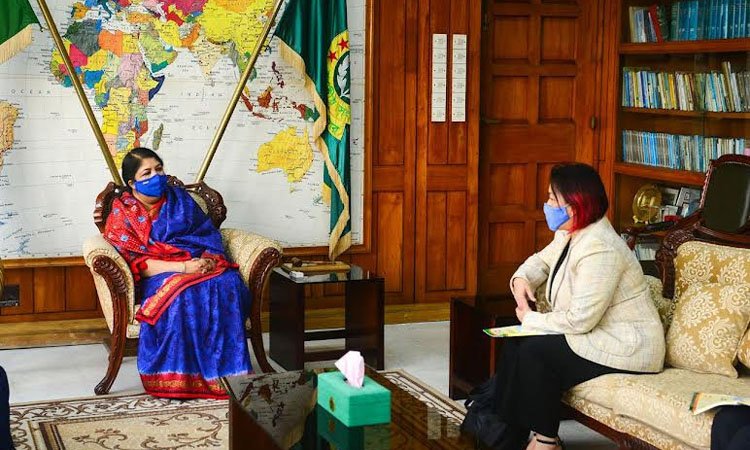 “The role of mass media is obvious to consolidate the democracy,” she said while addressing as the chief guest at the opening ceremony of the Dhaka Reporters Unity (DRU) annual general meeting at the city’s Segunbagicha here.

Lauding the role of the DRU, Dr. Shirin Sharmin said the unity has been playing for professional development and establishing the rights and dignity of the mass media workers since its foundation.

“DRU is undertaking and implementing various programs for promoting objective and quality journalism, the welfare of the newsmen, enhancing mutual cooperation and development professionalism,” she told the inaugural function.

Prime Minister Sheikh Hasina’s government has ensured other facilities of the Journalists including enactment of Journalists Welfare Trust Act, she said adding: “Bangladesh today has been established as a digitalized country for her [Sheikh Hasina] prudent leadership.

” The country has been connected virtually due to the spread of digitalized facilities during the pandemic period, said the Speaker and urged the social media, online portal, and print media for constructing a prosperous and developed Bangladesh through displaying accurate information.

“It is commendable that the DRU is patronizing equally the male and female journalists,’ she mentioned.

A notification was issued relaxing the restrictions