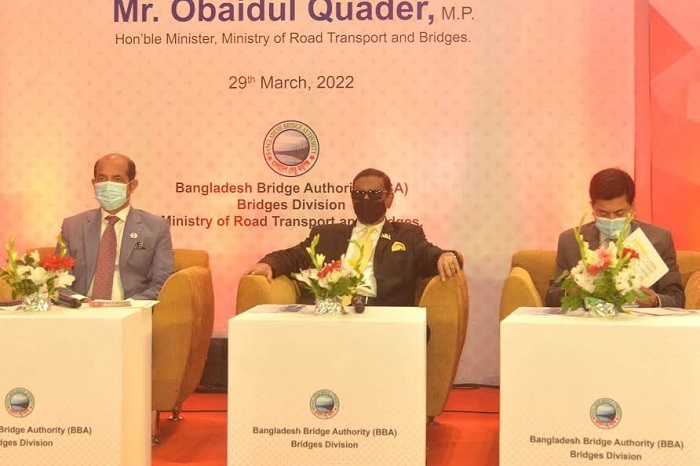 Road Transport and Bridges Minister Obaidul Quader yesterday said there is no alternative to constructing subways in Dhaka city for easing traffic and human congestions.

“Dhaka is now a city of pollution. The authorities concerned should come up with new plans to make the city livable,” he told a seminar on ‘Feasibility Study on Construction of Subways in Dhaka City’ at a city hotel.

Standing Committee member Merina Jahan Kabita and senior officials of the Bridge Division and agencies concerned were present on the occasion.

For the 238-km Dhaka Subway Network, Spanish consultancy firm TYPSA initially proposed 11 route alignments. Out of those, four routes of 105 km length are planned to be constructed by 2030 on priority basis.

Burn patients to get treatment at upazila level: PM

BNP’s discomfort soars as prices of essentials come down: Hasan

9 judges got permanent appointment in the Supreme Court