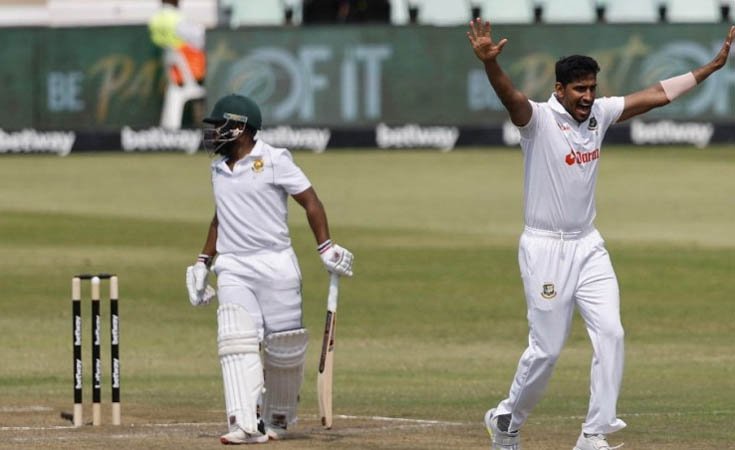 Bangladesh bowled out South Africa for 367 in the first innings of the Durban Test.

Fast bowler Khaled Ahmed was a successful bowler for Bangladesh. He took four wickets for 92 runs in 25 overs. Mehdi Hasan Miraj took 3 for 94 and Ebadat Hossain took 2 for 86.

South Africa scored 233 runs for four wickets at the end of the first day. Temba Bavuma was unbeaten on 53 and Kyle Verini on 27.

On the second day, Verini was dismissed for 28 runs. Awakening the possibility of a century, Babuma was out for 93 runs. Babuma hit 12 fours off 190 balls before falling victim to Miraj.

Rain on the third day, two groups of hotel captives