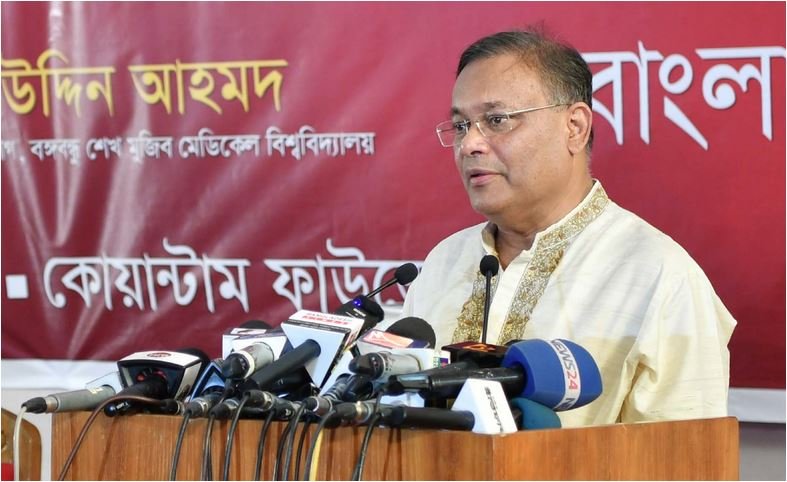 Information and Broadcasting Minister Dr. Hasan Mahmud yesterday said asking a lawmaker to leave his or her constituency is interference in fundamental rights.

“At first, I’ve questions – whether the Election Commission can ask a lawmaker to leave his constituency who is a permanent resident of that area and also a voter of that city corporation. Isn’t it interference on his fundamental rights? Then all the elected lawmakers and ministers will have to leave the capital when the Dhaka city polls will be held,” he told reporters.

The minister stated these while replying to a query over Cumilla City Corporation polls after addressing a function at the Jatiya Press Club here.

Hasan said, “I think that asking him to leave his area is a threat to his fundamental rights. There must have the instruction of not taking part in any electoral campaign and if he does so then another punitive action can be taken. But, is it proper to ask a lawmaker to leave his ancestral home?”

The minister said there is provision anywhere in the world even in India, Pakistan, England, continental Europe, Australia and Japan that of a lawmaker will have leave home. The provision is discriminatory too, he added.

He said criticisms are appearing on this issue in newspapers. “At first, it is needed to discuss what mistakes the EC has made. There was no instruction to leave the area. I’m from Chattogram and I was a minister during the Chattogram City Corporation polls. That time, I was in Chattogram city, but I didn’t take part in any polls campaign and just went out of my residence for one or two times without protocol,” he added.

Earlier, in the function, the minister congratulated the Quantum Foundation for their humanitarian activities.