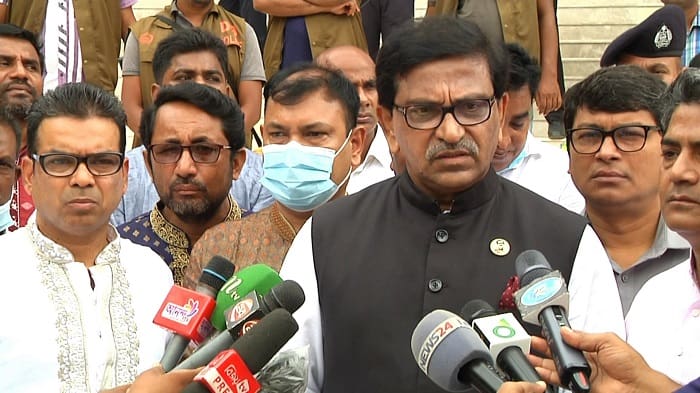 Joint General Secretary of ruling Awami League Mahbubul Alam Hanif yesterday said those who have trust in people and the ability to join elections, will participate in the upcoming general election.

“We want all political parties to participate in elections,” he said.

The ruling party leader made the remark before holding a view exchange meeting with different educational institutions’ chiefs at Khustia Shilpakala Academy here.

The ruling Awami League never held unfair polls, said Hanif, adding that “But the BNP had done it. And that’s why people had ousted them [BNP] from power, “he added.

“But it is entirely their own affairs either to go to the EC or give their opinions to the commission,” he said.

But consultation with the EC does not mean that the election will take place without any particular political party, he noted.

US releases $270 mn in military aid to Ukraine