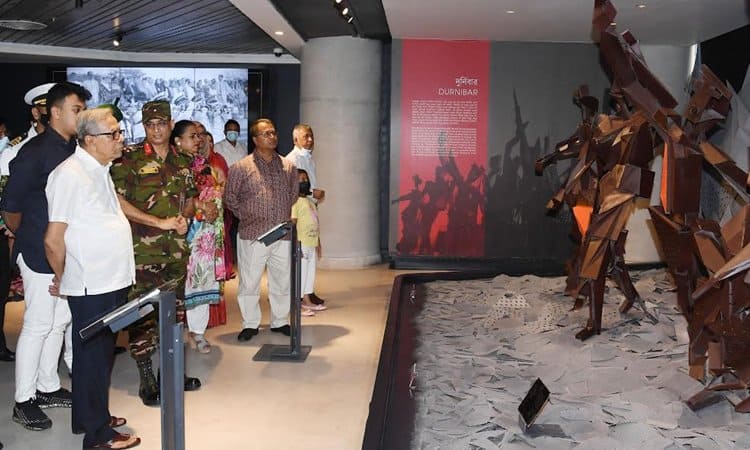 The ‘Bangabandhu Military Museum’ was built on 10 acres of land on the west side of the Bangabandhu Sheikh Mujibur Rahman Novo Theater at Bijoy Sarani in the capital.

On his arrival at the museum, the President was received by Principal Staff Officer (PSO) Lieutenant General Waker-Uz-Zaman and senior officials of the Armed Forces Division.

The President was apprised of a brief history of the establishment of Bangabandhu Military Museum.

President Hamid, Commander-in-Chief of the Armed Forces Division, along with his family members and entourage visited various rooms of the Bangabandhu Military Museum and installations there.

In the evening, the head of state enjoyed the “Light and Sound Display” near the fountain in the museum premises.

The President also signed the visitors’ book kept at the designated table in the President’s corner of the Bangabandhu Military Museum.

The President also attended a photo session there.

Elections will be held in due course in the country: Hasan

Efforts are being made to make the tourism sector world class: Aviation and Tourism Minister