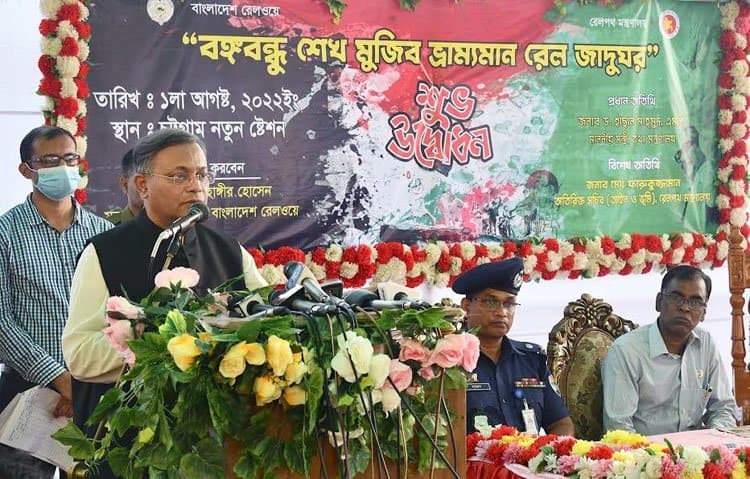 Information and Broadcasting Minister Dr. Hasan Mahmud yesterday said the national and international evil forces those opposed Bangladesh’s independence in 1971 had assassinated Bangabandhu and most of his family members.

“BNP’s founder Ziaur Rahman was one of the masterminds of the assassination,” he told the inaugural function of ‘Bangabandhu Sheikh Mujib Mobile Rail Museum’ at New Rail Station of the port city this evening.

Terming the Bhola incident as an August conspiracy, Hasan said BNP and anti-liberation forces resort different conspiracies in the month of August. Grenade attacks were carried out to kill Bangabandhu’s daughter and incumbent Prime Minister Sheikh Hasina in broad daylight on August 21, 2004 under the supervision of Tarique Zia and the then premier Begum Khaleda Zia knew everything, he added.

He said investigation will reveal how he died. “We know that BNP has taken plans to create anarchy across the country in the month of August. But BNP would not get the scope. Awami League is the party of mass people and they will resist them,” said Hasan, also Awami League joint general secretary.

Hasan extended thanks to the railway’s authority for the mobile museum and preserve the proceedings of trial of Bangabandhu killing to let know the next generation of the real history.

He said it is needed to unmask the masterminds of the Bangabandhu killing through forming a commission.

Restrictions extended another month with power given to local administration

At last Afghans won the fourth match of the series