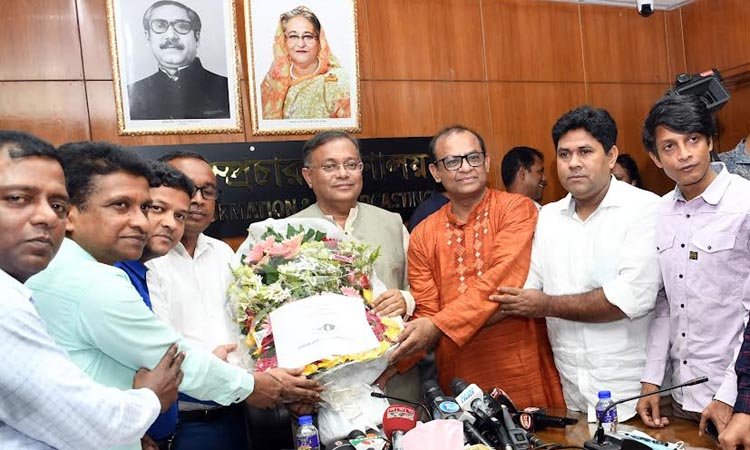 Information and Broadcasting Minister Dr. Hasan Mahmud yesterday said BNP is holding dialogues with some obscure parties and their allies, meaning they are conducting dialogues within themselves.

The minister added that the dialogue is ridiculous and it reveals their political bankruptcy.

Hasan said this to reporters after exchanging views with the newly elected executive members of Crime Reporters Association of Bangladesh (CRAB).

Replying to a query over the Sitakunda tragedy, he said the Prime Minister is looking into the matter herself and gave necessary instructions to all concerned.

“Our party leaders and activists were given directives to donate blood and extend other necessary help to the victims. All leaders and activists of Awami League, Jubo League, Chhatra League, Swechchhasebak League and other associate bodies are participating in the rescue operation,” he added.

He said investigation will be carried out to find out whether the incident is an accident or sabotage. It is necessary to find out the real issue of the tragedy, said Hasan, also Awami League joint general secretary.

BNP’s discomfort soars as prices of essentials come down: Hasan