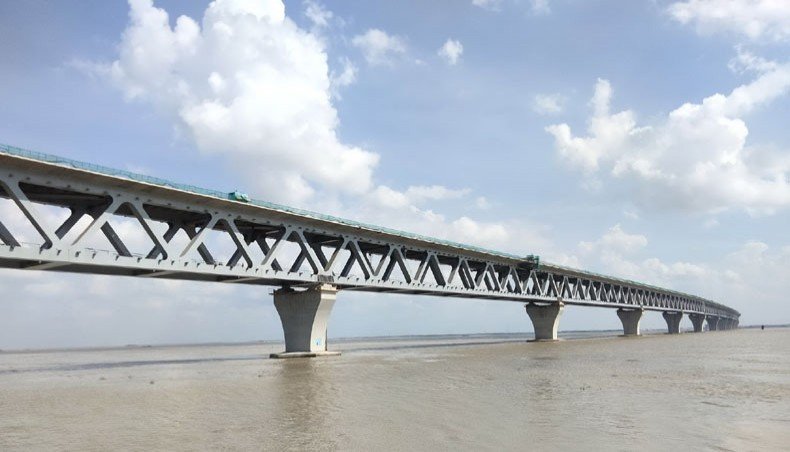 The government expects to recover the Padma Bridge’s construction cost in next 35 years through a “well calculated” toll rate, officials said yesterday.

“The toll rate has been fixed in a calculated way so the construction cost of the country’s biggest bridge could be recovered in next 35 years,” an official of the Bangladesh Bridge Authority (BBA) said.

He said the bridge was constructed with domestic financing, discarding foreign loans or grant of any type while the finance ministry provided BBA an amount of Taka 30,000 crore as credit, which “we will have to repay with one per cent interest rate in 35 years”.

“We will have to repay the loan with one per cent loan in 140 quarterly instalments,” the official said adding that the toll rate was fixed also considering the issues of the VAT and tax, the bridge’s management and maintenance alongside the occasional river training.

A BBA statement later substantiated his remarks saying an additional amount of Taka 340 crore would be repaid against the loan of Taka 211 crore taken during design framing of the mega-structure.

It said the vehicle operators using the bridge would have to pay on an average 50 per cent more than the fare they used to pay for ferry transportation.

Bangladesh Inland Water Transport Authority (BIWTA) earned Taka 5.60 crore in November 2020 from vehicles which it ferried between Mawa and Jajira route while the BBA took the figure as one of the baselines in fixing the Padma Bridge’s toll expecting to collect Taka 8.65 crore monthly.

“But this is an initial estimation for now and the amount is not enough to realise the construction and subsequent maintenance costs in 35 years,” Padma Multipurpose Bridge Project’s director Md. Shafiqul Islam told.

He added that the vehicular movements would be enhanced and the toll rate would be re-fixed time to time as well in the coming years to realize the expected amount “as it happened in the case of Bangabandhu Bridge.

BBA officials said Bangabandhu Bridge by now realized the construction cost ahead of the expected timeline.

Zelensky compares Russian forces to IS

All the tourist centers of the country are open from today

75 million doses of Sinopharm will come from China: Health Minister