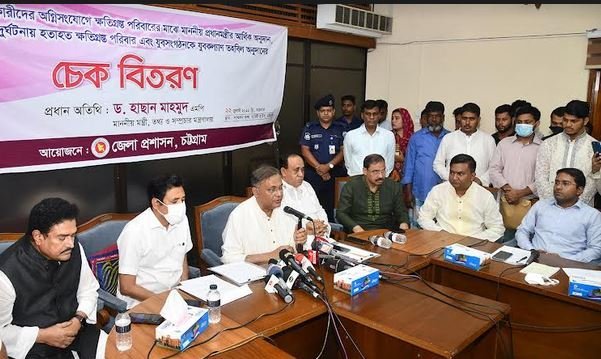 Information and Broadcasting Minister Dr. Hasan Mahmud yesterday said BNP is the main patron of communal evil forces in the country and it always uses the evil fundamentalist forces as tools in politics.

“To eradicate communalism, those who give shelter to these communal evil forces and those who do politics of communalism must be eliminated forever from the country,” he said.

Hasan was speaking, as the chief guest, while distributing the Prime Minister’s cheque for Tk 45 lakh among three survivors’ of 2003 arson attack on 11 members of a minority community family of Sadhanpur under Banskhali upazila in the city’s circuit house auditorium under the arrangement of Chattogram district organization.

In the afternoon, Hasan planted tree saplings in the hilly land which was freed from illegal encroachments by the district administration to conserve the risky hills of Chattogram city.

Bangladesh moves to No. 6 in ICC rankings