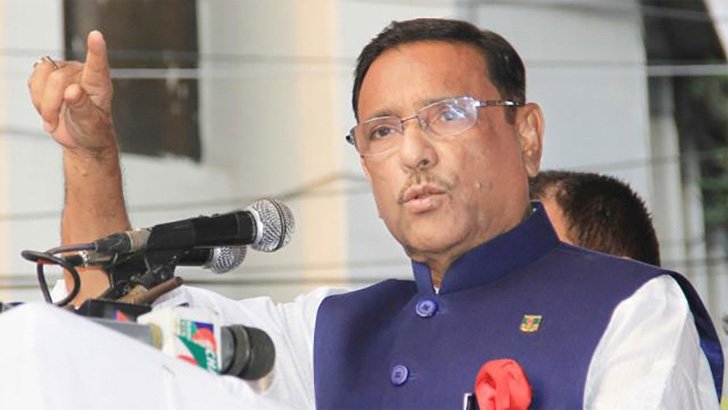 Awami League general secretary Obaidul Quader said that BNP will not be given concessions in December. He said these things at the pre-peace rally organized by Dhaka Metropolitan North Awami League in Badda on Saturday. Addressing BNP, Obaidul Quader said, “Now I am giving concessions.” I will not give up in December. I will not leave in December. The final game will be in December. BNP’s divisional mass meeting was held in Barisal today. The Comilla Metropolitan Awami League conference was held in the Comilla town hall ground in the morning. Obaidul Quader gave a speech from there. I returned to Dhaka in the afternoon and participated in the Dhaka Metropolitan North Peace Rally. The divisional mass meeting of the BNP will be held in Dhaka on December 10. Party sources of Awami League said that Awami League has decided to show its organizational strength on the day of BNP’s mass meeting. One of its aims is to ensure that the media does not monopolize the coverage of the BNP rally. Obaidul Quader said in Badda’s rally, “This highway will not belong to BNP during the month of the liberation war. Awami League will keep this highway; The highway of the liberation war, the highway of the month of victory, the highway of the spirit of victory. Requesting BNP to wait, Obaidul Quader said, “The month of December is ahead. Are you going to overthrow us, Sheikh Hasina, Khaleda Zia, and Khomeini-style revolution in the streets of Dhaka in that month? This colorful dream will melt like camphor before the power of the crowd. Addressing the BNP, Awami League General Secretary said, ‘Forget the idea of ​​coming to power without elections. Must come to the election. Get rid of the ghost of the caretaker. This has been banned by the Supreme Court. We are not at fault. The supervisor will not come again. It has gone to the museum. Mentioning that the final game will be played in December, Road Transport and Bridges Minister Obaidul Quader said, “There will be a fight. will be in the movement. There will be an election. The game will be against vote theft, corruption, looting, and misrule. The game will be against the murderers, against the murderers of August 15. The game will be against the mastermind BNP on August 21. Obaidul Quader has been repeatedly saying the word ‘game’ in recent times. In addition to Rajpath, he also said in the National Assembly. BNP Secretary General Mirza Fakhrul Islam Alamgir recently said that the election would be played after the government’s resignation. Obaidul Quader claimed that there was a huge crowd at the peace rally in Dhaka and said, ‘I am thinking about Barisal when I come here.’ gathered, And here six policemen. 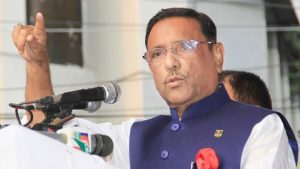 There are twice as many people here than in Barisal. Awami League held a rally before the peace march in Madhya Badda of the capital, claiming that BNP is creating anarchy across the country. Both sides of Rampura-Kuril road of Awami League were closed from two o’clock on Saturday due to the rally. Kuril-bound vehicles take the alternate road via Hatirjheel, while Rampura-bound vehicles take the alternate road from New Bazaar. On the main road of Madhya Badda, a temporary stage was constructed in an open truck facing south. Leaders and activists of the Awami League marched in front and behind the stage and took positions in Merul Badda, Madhya Badda, Uttar Badda, and Shahjadpur. Obaidul Quader said about the gathering, “I don’t know where my head is in front of me.” I see and see. As far as the American embassy behind me. people and people Bangladesh Nalish Party complains to foreigners. But only foreigners live here. Let them see how much power they have.’ Obaidul Quader said to the media, ‘I don’t want more. Want my due coverage. Today’s gathering of six police stations. It is more than six districts. You (BNP) come and have a look. Dhaka Metropolitan North Awami League president Sheikh Bazlur Rahman also spoke under the chairmanship of Awami League presidium member Jahangir Kabir Nanak, joint general secretary AFM Bahauddin Nashim, advisory council member AKM Rahmat Ullah, office secretary Biplab. Barua, Dhaka Metropolitan North General Secretary SM Mannan. Vice President Wakil Uddin, Abdul Quader Khan, Office Secretary William Praloy Samaddar, and others were also present.

The fall of BNP movement is being heard: Obaidul Quader

Iran is committed to defending the nuclear deal