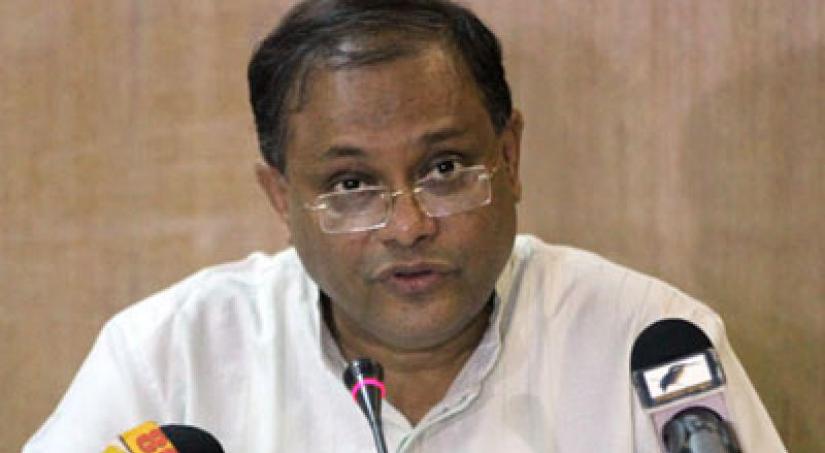 Information and Broadcasting Minister and Awami League Joint General Secretary Hasan Mahmud said, Awami League is a party of the people. Awami League has been working fearlessly since its birth, ignoring bloodshed. Awami League does not compromise and does not know compromise. Awami League is always steadfast on the question of the country, and the question of the people. BNP has a history of fleeing the country. Hashan Mahmud said these things after the chief guest’s speech at the inauguration of the new committee of the Bangladesh Film Journalists Sangsad (Bachas) at the theater hall of Shilpakala Academy in the capital on Saturday afternoon in response to questions from journalists. Awami League will run away’ – In response to this statement of BNP leaders, the information minister said, “BNP has a history of running away.” Their acting chairman Tarek Zia has gone abroad on bail. Tarek Zia said on the bond that he will not do politics anymore, and many others have fled with him. Criticizing BNP, Hashan Mahmud also said, “Today, not only in the government but among the people of all professions including intellectuals, teachers, the spirit of the liberation war has been rooted much deeper than before. This is BNP’s arson. Because they do not believe in the spirit of the liberation war. The general secretary of the party says that the Pakistan period was good, it is easy to imagine what spirit they believe in. They are actually in favor of Pakistan. The information minister said, “If the BNP refrains from destroying the property of the government and the people, we have no objection to their meetings and gatherings.” The government is supporting them in this matter and that is why they can rally. Referring to the history of being in the opposition party of Awami League, Hashan Mahmud said, “When we were in the opposition party, on August 21, 2004, grenades were thrown like rain at Sheikh Hasina’s public meeting in front of the central office of Awami League. was attacked. 24 people were killed. At that time there was a permanent barbed wire fence on both sides of the Awami League office, outside of which we were not allowed. Sheikh Helal’s rally was attacked and some people were killed. Suranjit Sengupta’s rally was attacked. SM Kibria, Ahsan Ullah Master’s rally was attacked and killed. Hundreds of our leaders were killed in this way. But stay away from bombs or grenades at the BNP rally, not a single firecracker burst. In the speech of the chief guest at the event, Hashan Mahmud said that Prime Minister Sheikh Hasina is a cultured person. Under his direction, a loan fund of Rs 1,000 crore has been formed for the construction of new cineplexes, and cinema halls, and the renovation of old halls. If someone wants to build a cineplex in the market, they will get a loan of up to 10 crores. We will also encourage banks to give loans.

I am giving up now, but the month of victory will not give up: Obaidul Quader

BCS officers must act as servants of the people: Speaker

Country to highlight its 50 years achievements at Dubai Expo-2020

‘Strict Lockdown’ is going on for the third day