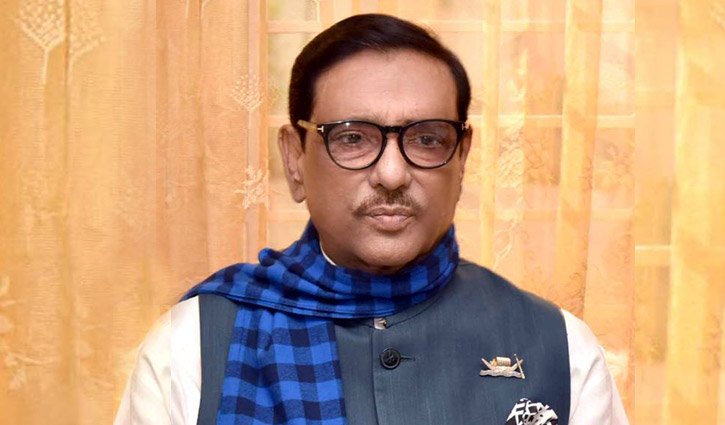 Awami League general secretary Obaidul Quader said, “At this moment, the leader (Sheikh Hasina) does not sleep at night, she cannot sleep, to remove the suffering of the people.” Always busy with the thought of handling this situation. Contact anyone who needs it. He is doing regular follow-ups of the meeting. No need to worry, our leader is lucky. We can handle the situation. Obaidul Quader said this at the meeting of the Publicity and Publication Sub-Committee on the occasion of the party’s 22nd National Conference at Awami League President Sheikh Hasina’s political office in Dhanmondi on Monday. Claiming that the BNP is inciting the needy and suffering people, the Awami League general secretary said, ‘What does BNP say they will vote for? We don’t have as much work as we do. Our presence on Facebook is very weak. Claiming that Awami League is not infatuated with power, Road Transport and Bridges Minister Obaidul Quader said, “If the people want me, I am there, if not, I am not, the leader has said that.” Power is the great vow of public service for us, power is not a delusion. Awami League’s general secretary commented on the BNP’s delusion of power, saying that it is their delusion they want to take back Hawa Bhavan. They are doing a takeback movement to get back the lost Hawa Bhaban. BNP does not need to be weakened by Awami League, Obaidul Quader said, saying that the way they are going, they will weaken themselves due to negative politics. enough to undermine themselves. There is no need for Awami League. He said, ‘Why should I fight back with BNP? We have visible work ahead of us. Obaidul Quader said, “Many people can talk a lot, I want to say clearly as the general secretary of the party that we are not in conflict with BNP.” They don’t do the conference; we are doing our regular conference work. Who wants to know when the central conference of the BNP and the meeting of the central committee of the party were held? At that time, he referred to the party’s central committee as a jumbo jet. He said those who do not practice democracy within the party, how will they practice democracy in the country. The government is jealous of BNP’s popularity, Obaidul Quader said in response to the demands of the party’s leaders, “How can we understand the popularity?” Come to the election. There will be evidence of who is popular. Obaidul Quader claimed that some people sat and took the decision in the name of the BNP Standing Committee. He said they do not need to form groups and organizations. They need some people to complain about foreigners. BNP leaders wake up in the morning and go to breakfast parties and have dinner at night. They complained against the country, against Sheikh Hasina. The Awami League general secretary said to the leaders of the party that there is false propaganda against Prime Minister Sheikh Hasina on Facebook, saying, “Won’t you answer them?” Said, who will counter? It has to be countered. Lies and lies must be answered. Regarding the party leaders’ television talk show, Obaidul Quader said, ‘Many people go to the talk show. Sometimes I listen when I have time. If the counter is not proper, there is no use for a counter. There are some, choose the smart one from our opponent, make us stand the weak one from here. This too is done cleverly. Quader said that Awami League will provide only lunch to councilors and delegates on the day of the conference. Obaidul Quader directed that invitation cards should be distributed properly on the occasion of the conference. He said that the representatives of the councilors are doubling in the conference. About 8 thousand councilors and representatives will be 16 thousand. The road minister said that the metro rail will be inaugurated at the end of December. He said the summary has been sent to the Prime Minister. Bangabandhu Tunnel will be inaugurated in January.

No child under 14 can be employed: Cabinet

Marine fisheries have a huge role to play in development of economy: Fisheries and Livestock Minister

Bangladesh remains ahead of Pakistan in all sectors: Hasan