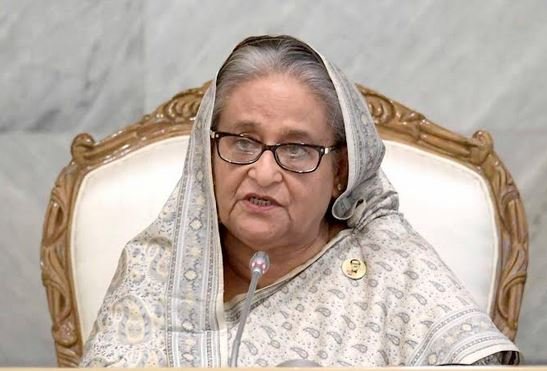 The entire city and Upazilas were covered with posters-banners of the Awami League rally in Chittagong. Along with the top leaders of Awami League and allied organizations, leaders from different levels of the city are showing their position by hanging banners, festoons, and posters in their names. Top leaders say that the main tone of every campaign is to make public meetings a success, but in addition, leaders at various levels are making efforts to show themselves active. Through this, they want to create a position in the organization in the future. On December 4, Prime Minister and party chief Sheikh Hasina’s public meeting will be held at the polo ground in the city. After 11 years, Sheikh Hasina will address a party meeting in Chittagong. After the public meeting, the conference of the South District Awami League and December 18 city Awami League has been announced. Before that, there is going to be a police station and ward-level conference, there is a leadership contest over that. The politics of leaders’ posters, banners, and festoons are now in full swing in Chittagong. These posters are seen in different places in the city to make the public meeting a success. In many cases, the traffic signals of road junctions, roadblocks, and bends are also covered with poster banners. Awami League general secretary and former mayor AJM Nashir Uddin, vice president and former administrator of city corporation Khorshed Alam, vice president Altaf Hossain Chowdhury, current city mayor Rezaul Karim Chowdhury and other leaders have been hung with posters and banners. However, most of these banner festoons are hung by the followers of these top leaders. When asked about this, AJM Nashir Uddin told Prothom Alo that the Prime Minister is holding a public meeting in Chittagong after 11 years, and for this, there has been enthusiasm among the leaders and workers. Some are campaigning public meetings with their photos to express themselves or present to the general public. It’s nothing to blame. AJM Nashir Uddin also said that this poster banner was put up for a short period. The main objective of all is to make the public meeting a success. Posters have also been put up in different places in the city in the names of the outgoing convenor and two joint convenors from the Nagar Jubo League. They have already announced that they will do Awami League politics from now on. Among them, is the recently departed convener of the city Jubo League. Mohiuddin announced himself as a candidate for the general secretary post of Awami League. Posters and banners in the name of Mohiuddin were seen on Akhtaruzzaman Udalsad in the city. Apart from this, posters of former joint conveners of Jubo League Delwar Hossain and Farid Mahmud have also been seen in various places. If you want to know about this. Mohiuddin said that campaigning is being carried out from his position to make the public meeting successful. Nothing to report to myself. It has nothing to do with the upcoming conference. The main goal is to get the maximum number of people in the meeting. Apart from this, the committees of the city Jubo League and North District Jubo League are also expected to be announced soon. According to party sources, the announcement was delayed mainly due to public meetings. Although the conference of these two organizations was held six months ago, the committee was not announced. However, although the conference was held at the same time, the committee of the South District Jubo League was announced a week ago.

If people are burnt, I will not spare a single one: Prime Minister

Nothing will happen on December 10; we will also be in the field: Obaidul Qader

Calling on the army to always stand by the needs of the people: President

Withdrawal of suspension of Thai visa application from Bangladesh