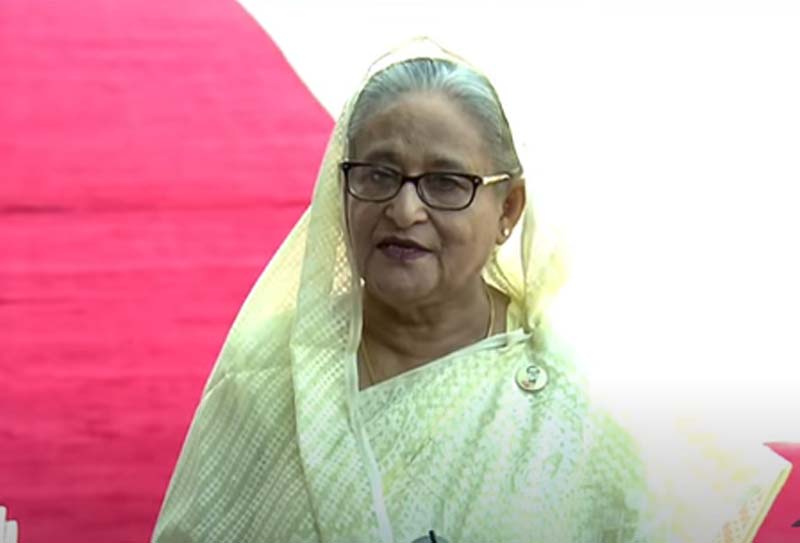 Addressing BNP, Awami League President and Prime Minister Sheikh Hasina said, ‘If they want to burn people again in the name of the movement, I will not spare a single one of them. We have endured what many consider weakness. It is not our weakness.
Sheikh Hasina said these things in the speech of the chief guest at the Sixth Triennial Conference of Mahila Awami League at the historical Suhrawardy Udyan on Saturday afternoon. Sheikh Hasina said that the government is working for the development of women. Various projects have been taken up including houses for the homeless. BNP did nothing to stay in power. Torture against women including rape. BNP-Jamaat came to power in 2021 and tortured the same way the Pakistani army did in 1971. The Prime Minister said, “We have been attacked with grenades used on the battlefield.” He said that he has not forgotten the torture that was carried out on the Awami League during the BNP-Jamaat period. Women’s Awami League president Safia Khatun presided over the conference. Conducted by General Secretary Mahmuda Begum. In the meeting, Awami League general secretary Obaidul Quader said that if Bangladesh is to be saved, Awami League must be saved. To save the liberation war, Awami League must be saved. There is no alternative to Sheikh Hasina on the platform of power to save development and achievements. At this time, Obaidul Quader women Awami League leaders and workers raised slogans for Sheikh Hasina and the boat. Prime Minister Sheikh Hasina is still the target of the BNP, Obaidul Quader said, they want to wipe out Sheikh Hasina. Seeing the development of Sheikh Hasina, they are burning in their hearts. Their goal is to destroy him. Before this, the ceremony of the conference started with the recitation of the Holy Qur’an at 2:15 PM. Awami League President and Prime Minister Sheikh Hasina came to the conference stage at 2:50 PM. Sheikh Hasina was congratulated with flowers. Women’s Awami League office secretary Rozina Rozi raised a condolence proposal at the conference. On the occasion of the meeting, the leaders and workers of the Mahila Awami League started coming to the conference venue in the morning. Various banners, placards, and festoons covered the entire park and the surrounding area around the conference. Women’s Awami League president and general secretary aspirants are seen chanting various slogans. Incidentally, the 5th national conference of the Mahila Awami League was held on March 4, 2017. At that time, Safia Khatun became the president of the organization, and Mahmuda Begum became the general secretary. This time a new committee has been formed excluding them.

Vote on the boat to win, I’ll give you more than you want

Obaidul Quader: Ferry collision at Padma Bridge will be investigated