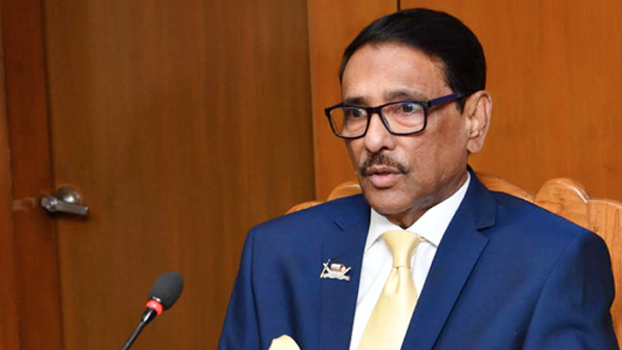 Awami League General Secretary, Road Transport and Bridges Minister Obaidul Quader said, remember one thing, history does not forgive anyone. The bullet that orphaned Bangabandhu’s two daughters also widowed Begum Khaleda Zia. It is the result of betrayal. History does not fear the bloody eye of a despotic master. No one will escape the judgment of the court of history. Obaidul Quader said these things in the speech of the chief guest at the triennial conference of Noakhali Municipality and Sadar Upazila Awami League held at Noakhali Shilpakala Academy premises on Tuesday afternoon. He said, no one will be saved from the judgment of the court. Many were executed. Those who are fleeing abroad. Their punishment will also be enforced. Awami League General Secretary Obaidul Quader said, “Today, the misfortune of the nation, in the blink of an eye in 1975, the cruelest murder in history took place. Khandaker Mushtaq Palashir Mirzafar. I don’t think the gang would have had the courage to kill him (Bangabandhu) if Palashi commander Latif and Bangladesh commander Ziaur Rahman were not involved. History is very cruel. Even General Ziaur Rahman could not survive. BNP leaders and workers including Mirza Fakhrul Islam Alamgir are conspiring and said Awami League General Secretary Quader said, “Remember one thing. We will respond with action. The people are with us. Obaidul Quader said to the leaders of the Awami League, Mujib cannot become a soldier if he wears a Mujib coat. Mujib Kot Khuni Khandaker Mushtaq also wears. The traitors of 75 have worn it. To become a Mujib soldier, one must be a soldier of Mujib’s ideals. Addressing the leaders and activists, Quader said, ‘Politics is not a matter of one day. A year is not a matter of several years. I don’t want to see any more division in Noakhali. I have the grace to forgive. If Bangabandhu was not born, it is doubtful whether this country would have been independent even after this period. Almighty God sent Bangabandhu for the freedom of Bangladesh. And sent Sheikh Hasina for release. One for freedom, another for liberation. Sheikh Hasina is the brave champion of our liberation struggle. Acting General Secretary Ataur Rahman presided over the conference chaired by Noakhali Municipal Awami League Outgoing Committee President Abdul Wadud Pintu. Awami League Central Organizing Secretary and Whip Abu Saeed Al Mahmud, Agriculture and Cooperative Affairs Secretary Faridunnahar Laili, Member of Parliament and former District Awami League General Secretary Mohammad Ekramul Karim Chowdhury, District Awami League Convenor AHM Khairul Anam Chowdhury, Joint Convener spoke. Shihab Uddin Shaheen, Sahid Uliah Khan Sohail etc

Nothing will happen on December 10; we will also be in the field: Obaidul Qader