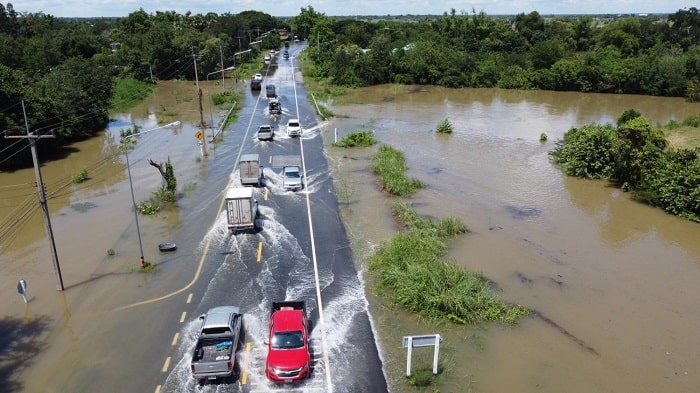 Thai authorities took swift action on Tuesday to protect parts of Bangkok from floodwaters. The natural disaster has already flooded 70,000 homes and killed six people in the country’s northern and central provinces—news from AFP.

According to the Thai Disaster Management and Relief Department, the tropical storm Dianmur has caused flooding in 30 provinces of Thailand. The central part of the country has suffered the most.

As the water level in the Chao Pira River continues to rise, the authorities release water upstream from the dam. The river flows through Bangkok.

About 70 kilometers north of Bangkok, troops have built various dams and dumped sandbags in the area to protect ancient archeological sites and surrounding areas around the old dynasty’s capital, Ayutthaya.

In this way, Bangkok is expected to avoid the recurrence of catastrophic natural disasters caused by the monsoon in 2011. More than five hundred people have died in the worst natural disaster in decades.