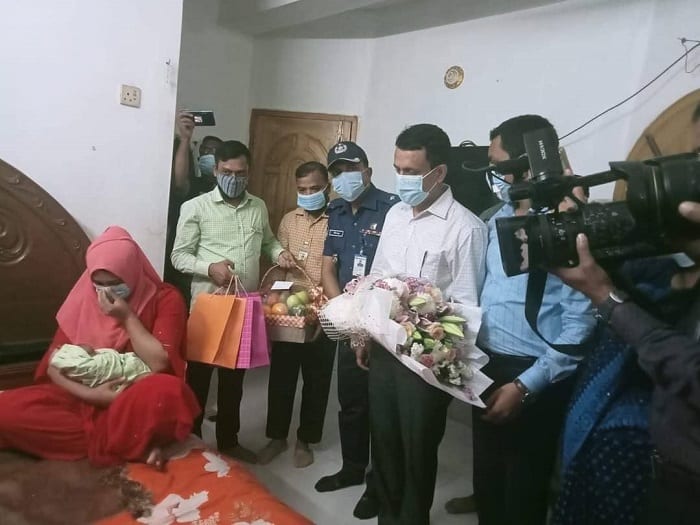 Prime Minister Sheikh Hasina yesterday greeted the woman of Narayanganj Bandar upazila who gave birth to triplets and named her son Swapno and two daughters — Padma and Setu — to commemorate the grand opening of the Padma Bridge.

PM’s Protocol Officer-1 Mohammad Shameem Musfique on behalf of the Prime Minister handed over three gold chains, each of one vori, fruits and clothes to the parents of the babies after visiting their Nabiganj residence under Bandar Police Station this afternoon.

Eni Begum, 24, gave birth to triplets at the Health Resort Hospital and Diagnostic Centre in Narayanganj on Friday morning. The mother and her babies are well.