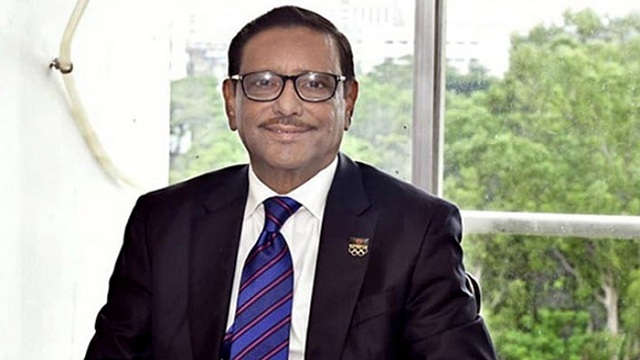 Awami League General Secretary and Bridges Minister Obaidul Quader said to BNP that December would be played. All will be dealt with on the streets. The game will be against Hawa Bhaban. The game will be against corruption and vote stealing. Obaidul Quader said these things at the district Awami League’s triennial conference at Lakshmipur Stadium on Tuesday afternoon. He inaugurated this conference. BNP will not go to the polls without restoring the caretaker government. Regarding such demands of BNP leaders, Obaidul Quader said that the caretaker government system is dead. It will no longer be alive. BNP wants to revive. It will no longer happen in this country. He criticized the leadership of the BNP. Addressing BNP Secretary General Mirza Fakhrul Islam Alamgir, he said, ‘Fakhrul brother, stop lying. Honey in your mouth, why so much poison in your heart? What is your problem? Padma Bridge and Bangabandhu Tunnel trouble? The militant is lying about being kidnapped. Militancy was created during the time of the BNP. The investigation is going on, everything will come out in the investigation. General Secretary of Awami League Obaidul Quader said to the party leaders and workers, “The stage is full of leaders.” Leader and leader. It is difficult to recognize workers in the crowd of leaders. get clean Who is doing what, everything is with Sheikh Hasina. Get better or worse. No one will be exempted. Criticizing the installation of a large number of banners, festoons, and arches on the occasion of the conference, Obaidul Quader said that Lakshmipur was covered with banners and festoons. Each person’s picture is like a hero in the festoon. It is difficult for people to run their families. Giving this money to them would reduce their suffering. Calling on the leaders and workers of the party to be united, he said, “Everyone stays united.” There are many games in this country, there are many conspiracies. The leader has been attacked 20 times so far. Central Awami League presidium member and member of parliament Sheikh Fazlul Karim Salim was the chief guest at the conference. Awami League presidium member Mofazzal Hossain Chowdhury Maya, joint general secretary Mahbubul ul Alam Hanif and others also spoke at the conference chaired by district Awami League president Mia Golam Farooq and moderated by general secretary Nuruddin Chowdhury. Earlier in the morning, Awami League and affiliated organization leaders and workers from different parts of the district came to the conference venue in a piecemeal procession. Obaidul Quader inaugurated the council by playing the national anthem and hoisting national and party flags. A large number of police were deployed for the security of the conference. In the conference, Sheikh Fazlul Karim Salim announced the committee by retaining the current president of the Laxmipur district Awami League Golam Farooq, and general secretary Nur Uddin Chowdhury

Country cannot be handed over to big thieves and terrorists of Hawa Bhavan: Information Minister

Leaders and workers of A.League will be on guard in every ward on December 10: Information Minister